Toll road fees. Lottery system revenue. Alcohol sales taxes. There are just a few ways some public pension funds are creating steady streams of revenue to help pay debt. It isn't a total fix, but establishing a tax or asset specifically for paying down a pension fund's liabilities would be beneficial, according to researchers and policy advisors. 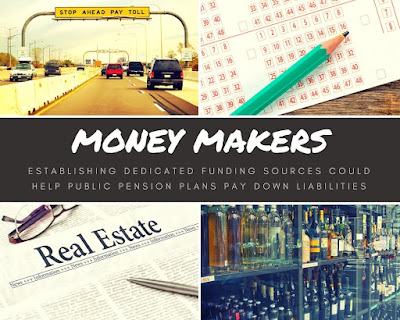 By Allen Jones
TEXPERS Communications Manager
About six years ago, the El Paso Firemen and Policemen's Pension Fund approached the city of El Paso about capturing part of the city's border tax charged at the city's three international bridges.
“A tax already exists, so we suggested raising it a bit and giving it to us or carving a part out of the current tax,” says Tyler Grossman, the El Paso plan's executive director.
The tax would have served as a dedicated funding stream to provide the El Paso plan a revenue boost for the explicit purpose of paying down the plan's pension liabilities. The city balked at the idea, however, claiming the border tax was already too high. 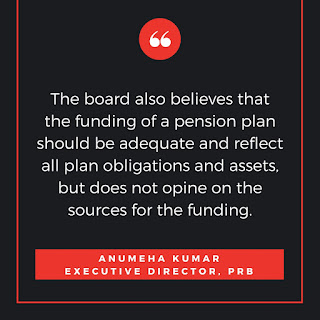 “That was the only time we have tried [to establish a dedicated funding source],” Grossman says. “We were going to study what the city also taxes to see if we could add ourselves but the discussion turned, and we never followed through.”
The El Paso fund may have been on to something, however. Establishing a tax or asset specifically for paying down a pension fund's liabilities would be beneficial, according to researchers and policy advisors.

Funds paid into pension systems come from employee contributions and government general-fund revenues that are not dedicated for any specific purpose. Although investment earnings are the primary source of increases in funds, some states and cities are turning to public assets to create ongoing or one-time revenue sources that must, by law, be used to pay down unfunded pension liabilities. Dedicated funding sources could be in-kind contributions of public assets or dedication of revenues from assets.

Several states and cities across the United States are creating dedicated funding sources to help bring in needed revenue to their underfunded pension systems. However, legislators and local governments in Texas have yet to establish the funding mechanisms for pension plans.

Anumeha Kumar, executive director of the Texas Pension Review Board, says she isn't aware of any Texas plans with dedicated funding sources. The PRB oversees the actuarial soundness of all state and local public pension systems in the state. The board does not have a position on the use of dedicated funding sources.
The board has adopted funding rules to guide the systems and their sponsors in meeting their long-term pension obligations, Kumar says.
“The board also believes that the funding of a pension plan should be adequate and reflect all plan obligations and assets, but does not opine on the sources for the funding,” she adds.

As many state and local public pension funds struggle to meet funding obligations, Jill Eicher, a senior adviser at the Bipartisan Policy Center, doesn't understand why the idea of funding public retirement systems with “cash-generating public assets or dedicated funding streams” hasn't already caught on. Eicher's work with the Bipartisan Policy Center focuses on infrastructure financing models for public-sector organizations. In an article she wrote for Governing.com, she says that if done properly, establishing dedicated funding sources “is worth considering.” Dedication of assets such as land and revenue streams is common among private-sector pension systems.

“For decades, when cash was scarce, corporate pension-plan sponsors have made in-kind contributions – non-cash assets such as securities and real estate – to fund their retirement plans,” Eicher states in the article. “US Steel, for example, contributed 170,000 acres of timberland to meet its pension liabilities. General Motors used securities from a subsidiary company. Facing bankruptcy, Pan American World Airways transferred the lease for its flagship terminal at New York's Kennedy Airport to its pension funds. These private-sector plan sponsors looked at their balance sheets for assets they could monetize by contributing them to their pension funds.”

In Arizona, a portion of taxes paid on fire insurance policies is used to fund firefighting services and the firefighters' relief and pension funds. In 2012, the Kansas state legislature created a law that allows revenue from state-owned casinos to go to the Kansas Public Employees Retirement System, along with 80 percent of income from the sale of surplus real estate. 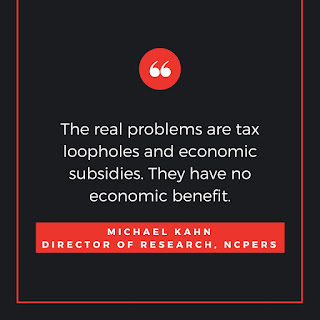 States aren't the only government entities turning to dedicated funding sources to help pay down the unfunded liabilities of public employee pension plans. In 2010, the city of Pittsburgh began dedicating a portion of revenues from its parking assets to its pension fund. And earlier this month, Providence, Rhode Island, mayor Jorge Elorza pressed state legislators to allow his city to establish a dedicated funding source by monetizing its water supply to fund the city's $1 billion long-term pension liabilities. The mayor believes the sale or lease of the city water system could generate more than $300 million, all of which would go to the city's pension fund.
Outside the U.S., in 2011, Australia's Queensland state government contributed a toll-road network to the state's pension fund. The fund's manager sold the asset in 2014 and garnered a $3.8 billion profit for the fund.
Although dedicated funding sources provide a mechanism to pay down liabilities, Michael Kahn, director of research for the National Conference on Public Employee Retirement Systems, says the revenue mechanisms are not fixes for underfunded pensions.
“I feel it is like a Band-Aid,” he says. “It's okay for short run. The real problems are tax loopholes and economic subsidies. They have no economic benefit.”
Still, he recommends state and local governments utilize asset monetization and dedicated-revenue sources. Although not perfect, Kahn says it is a much better solution than dismantling defined-benefit plans for police, firefighters and other public workers and switching them to 401(k)-like defined contribution plans or other funding schemes that are more expensive to manage and provide less secure retirements.
Kahn recently started a new project studying the impact of dedicated funding sources on public pension plans. It will be a while before the research is complete. In a previous NCPERS study, Economic Loss: The Hidden Cost of Prevailing Pension Reforms, Kahn briefly mentions dedicated funding sources.

His report cites New Jersey Gov. Chris Christi's proposal to dedicate revenues from the state lottery to public pensions. The report also mentions New Jersey Sen. Joe Pennacchio, who suggests expanding gaming at the state's racetracks to provide a limited-time influx of funds into the state's public employee pension funds.
“State and local governments need to reform their revenue structure to bring them in sync with our economic reality,” Kahn says. “However, faced with the choice of dismantling pensions or using a dedicated revenue stream based on regressive taxes, it would be less harmful to utilize an available revenue stream.”