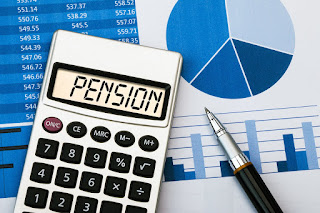 By Joe Gimenez
TEXPERS Public Relations Consultant
The advisory committee met April 24 in Austin. The committee of Keith Brainard, Stephanie Leibe and Josh McGee received substantial feedback from pension funds and actuaries regarding a proposed principle that retirement plan vesting should occur “over a short period, not to exceed five years.”
Committee chair Brainard asked to revise the draft using comments by actuary Mark Fenlaw, that “Retirement plan vesting should occur over a short period and be appropriate for the type of employees covered by the plan.” But McGee, who sits on the committee and is the chair of the PRB, disagreed with that and public comments that there should be longer vesting periods for public safety employees.
“That conceptually doesn't make sense to me,” he said.  “I haven't heard a justification for that that makes logical or empirical sense so … anchoring to that is not something I'm excited about.”
In their comments, 11 systems and actuaries strongly opposed the clause “not to exceed five years,” mostly to preserve retention goals for keeping employees over decades.
“Our plan is exclusively for police and firefighters,” Warren Schott, the executive director for the San Antonio Fire and Police Pension Fund, wrote in a submitted comment to the committee. “These positions require highly specialized training, which is expensive and time-consuming. Once the City has invested time and money to train firefighters and police officers, we want them to stay with their respective departments as long as possible.”
Actuary John Crider also submitted commentary stating that the five-year period is too short.
“There are technical issues which could produce serious problems for a plan if a change in vesting scale is made without examining all possible consequences,” he wrote.
Crider detailed three technical issues and their effects on pension funds. The issues concerned differences in benefit accrual formulas among systems and the possibility for employees to game their accruals, the tendency of younger participants to spend distributions instead of saving them, therefore, reducing overall retirement security, and complications arising from prohibitions to members electing the return of accumulated contributions.
McGee held his ground during the meeting, however. He said there's a lot of discretion in the proposed plan design principle.
“We're saying we just want it to be short; we prefer it to be five years,” he said.
Weakening the principle from its original “not to exceed” puts the ball back in the court of those who should offer more proof of the need for longer vesting, he said. The committee agreed with that approach, finally revising the principle to “Retirement plan vesting should occur over a short period of time, preferably five years or less.”
Committee chair Brainard said they might revisit this and all of the plan design principles drafted by the committee. The PRB staff is working to package this with other drafts principles for full Pension Review Board adaptation at its June 14 meeting.