A new set of principles to guide public retirement systems and plan sponsors on how they should structure retirement plan benefits ignores some TEXPERS members' concerns about how the new guidelines could undermine their use of defined-benefit plans to retain employees. 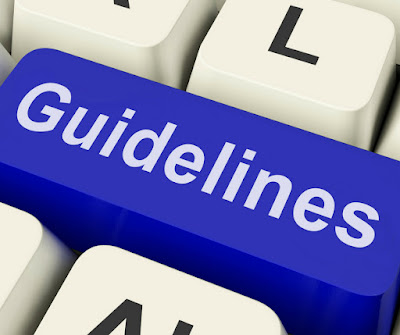 By Joe Gimenez, Guest Contributor
The Pension Review Board, a state agency mandated with overseeing and reviewing state and local government retirement systems in Texas, approved the guidelines during the agency's board meeting June 14. Among the 12 adopted PRB Principles of Retirement Plan Design is principle No. 4, “Retirement plan vesting should occur over a short period, preferably five years or less.” That single sentence has stoked fears among some pension systems that state legislators may decide to make what is only a suggested guideline of the PRB into a law.
TEXPERS board member David Stacy, a trustee on the Midland Firemen's Relief and Retirement System, said he feared that the Texas Legislature might, in the future, force local plans to adopt the five-year or less vesting period in the new plan design document.

“Our plan has a 10-year vesting period, and my plan is consistent with by far the majority of the TLFFRA plans,” Stacy said.
TLFFRA stands for Texas Local Fire Fighters Retirement Act, which was created in 1937 by the 45th Legislature. The act allows for paid and part-paid fire departments and volunteer fire departments in participating cities to administer their own local retirement systems.

“Every time the PRB comes up with a recommendation…someone in the Legislature decides ‘This should be a law.'” Stacy said. “If that were to occur that would actuarially negatively affect my plan and my plan is consistent with over half of the plans which report to [the PRB].”
Keith Brainard, the state agency's vice chairman, tried to comfort Stacy by noting how the recommendations were not intended to form legislation and that he would not support any legislative effort to implement these guidelines across the state. Brainard said the shortened vesting period served the larger interest of providing people with at least some modest level of retirement security. He noted how a pension system in North Carolina changed its vesting period to 10 years but revised it downward when state agencies found it to be a stumbling block in their recruitment efforts.
New Board member Marcia Dush, the actuarial representative to the PRB replacing Bob May, said a shorter vesting period shouldn't negatively impact pension funds and that the five-year vesting had been shown to achieve a stable workforce for most employers.

Stacy noted that employees who quit their jobs before fully vested walk away with a refund of their own contributions. McGee, however, said he had seen no empirical evidence that vesting actually operates as a retention tool.

The PRB's principles of retirement plan design is located on its website. According to the document, the principles are intended to “guide and inform public retirement systems and their associated governmental entities on how to structure retirement plans.”

The principles consist of the following:

Author Bio: Joe Gimenez is a business management and communications counselor to business unit directors for Fortune 500 companies and public employee pension funds for the past 20 years. His clients include TEXPERS, San Antonio Fire and Police Pension Fund, Houston Firefighters' Relief and Retirement Fund, Microsoft, Capgemini, Dell, Eli Lilly, and others. He has a Master's degree from George Mason University in International Trade and Transactions.