Texas Pension Review Board Chairman Josh McGee backed down from committing to a legislative effort to enable or require asset pooling for small pension systems. His comments, made at the tail end of the Oct. 4 PRB meeting, recognized concerns from TEXPERS Board President Paul Brown and board member David Stacy.

“The Board… fully agrees that this is a first step that is trying to highlight the issue and hopefully get to a point where we do the appropriate investigation and resource that investigation properly to get to an actual solution,” McGee said. “I personally do not anticipate any big movement other than additional study in this [2019 legislative] session. But we want to get to a place where we are actually looking at it and devising a potential solution.”
McGee took the unusual step of making those comments after Brown and Stacy expressed concern in public comments about the first draft of the asset pooling study unveiled earlier in the meeting.
“TEXPERS represents 80 of the 90-something plans that come under your purview, and 40-something of those are the small TLFFRA funds,” Brown says. “There was an excellent opportunity just a couple of days ago in Temple to have this kind of conversation with the small (TLFFRA) funds… That organization is represented by a foundation. It has its own board. I would encourage that (PRB) staff; the board at least have a conversation with that Foundation's Board regarding their input and getting their opinion on what their thoughts are in regard to this (asset pooling initiative).”
TLFRRA funds are the 42 systems governed by the Texas Local Fire Fighters Retirement Act. Any asset pooling initiative would likely include many of those, but there are also small systems for police and other public employees as well. The PRB study did not define whether asset pooling would occur by choice of the systems or mandated by the state.
Stacy also encouraged collaboration between the PRB and the smaller pension funds.
“Over 10 years ago the office of Firefighters Pension Commission brought this up as a viable possibility, but unfortunately the office staff did not have the bandwidth to take on the technical, structural, and legal issues that this raised,” Stacy says. “I would like for the Board to recognize that if this is truly to be a good possibility … it warrants trying to work out the details in order that all parties can see it as such.”
Earlier in the meeting, PRB staff had unveiled its first draft of “Asset Pooling for Small Pension Systems.” The PRB modeled the potential impact of investment management pooling and also investment management and administration pooling. The models suggested that the systems might have seen a 29 percent increase, or $32 million, in total assets between 2007 and 2016 primarily related to lower fees and administrative costs. The 16 pension funds which each had less than $12 million in assets had the highest average expenses compared to 17 systems with assets less than $32 million and more than $12 million.
The PRB's actuary member, Marcia Dush, commented that asset pooling might not achieve economies of scale for investment purposes without at least $300-$500 million in combined funds. To reach that number, 35 pension systems with the least amount of assets would be needed in a pooling effort. See Chart 1 below with those systems whose assets would combine to $535 million if they were mandated to be part of a pooling effort. The PRB has not discussed such a mandate, nor is it included in the report. The list below seeks only to identify the smallest systems which could combine to reach the scale needed according to Dush.
Chart 1. 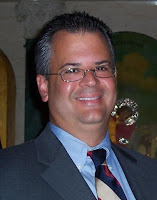 About the Author:
Joe Gimenez is a public relations professional who specializes in pension fund communications. He has assisted TEXPERS and several Texas pension funds in crisis situations and public affairs.