When it comes to retirement, public employees are looking for security

It's St. Valentine's Day and the Texas Association of Public Employee Retirement Systems asked a few of the nonprofit's board members to share their love of defined-benefit retirement plans.

Based on their comments, their earnings represent their commitment as police officers and firefighters to their communities. Their retirement benefits are hard-earned after putting in years of often dangerous work and contributing their own funds to their programs. The benefits allow them to have a safety net of income for spouses when Social Security may not provide enough or anything at all when they die.
If your unfamiliar with defined-benefit pensions let's give you a brief description. Essentially, it is a retirement safety net that firefighters, police officers, educators, and millions of other state and local government workers in Texas earn in exchange for their job dedication – and honestly, often low wages. Providing retirement benefits help state and local governments compete with the private sector in the recruitment and retention of public employees.
Studies have shown that 401(k)s and other defined-contribution plans are not as successful in ensuring public employees have a secure retirement. Those investing into 401(k)s or similarly constructed defined-contribution pension plans on their own also are not investing enough and do not know how to invest their hard-earned money properly. Plus, Social Security either won't provide enough retirement income or, in many cases, none because some public employees do not qualify for the federal benefit.
Also consider that millions of Texans have not saved enough for retirement. Without enough income, older adults will not be able to afford the resources that enable them to live independently, pay for medical and other health care expenses, and continue to contribute to society. Defined-benefit pension plans provide a consistent and predictable stream of revenue to public employees – the men and women who have dedicated their careers to the public sector (to you).
A defined-benefit plan delivers retirement income with little effort on the part of public employees while providing retirement security. And unlike private-sector workers, public employees share in the cost of their retirement benefits. A public employee's contributions typically make up a set percentage of their salaries.

How critical is the need to offer public servants a secure retirement? Retirement benefits is an essential job feature, even more so than salary, according to a newnational poll by the nonprofit, nonpartisan National Institute on Retirement Security.
In a published report on its findings, nearly all state and local workers (93 percent) indicated in the survey that pensions incentivize public workers to stay with their jobs. Even more agree that a pension is a useful tool for attracting and retaining employees. NIRS published the results of their polling in a report, State and Local Employees Views on Their Jobs, Pay and Benefits, in November.
Here is what else the NIRS poll found:

That's enough statistics. Let's hear from some of TEXPERS' own board members, who have or still work in public-sector jobs: 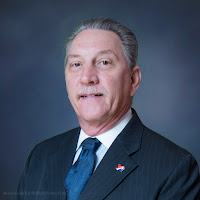 "I love my pension because it represents the years I worked as a firefighter for the City of Big Spring, Texas. The City of Big Spring Fire Department first initiated the pension plan back in the late 1930s and early '40s. Through the many years of change, the trustees have made steady improvements to the plan with the help of city leaders. The retirement plan provides security for my family and me." 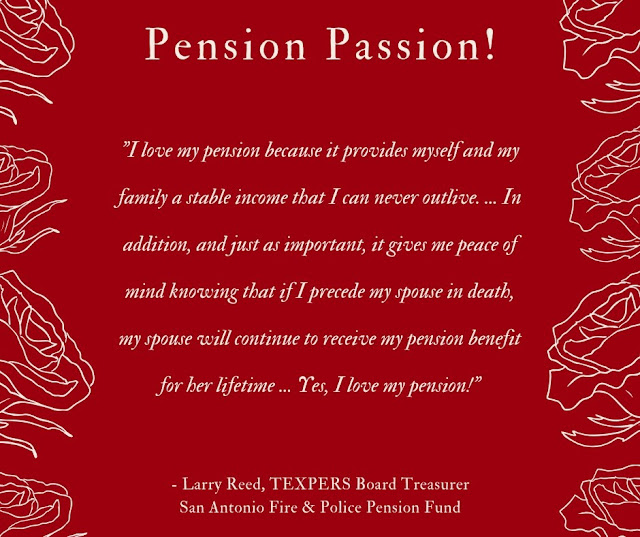 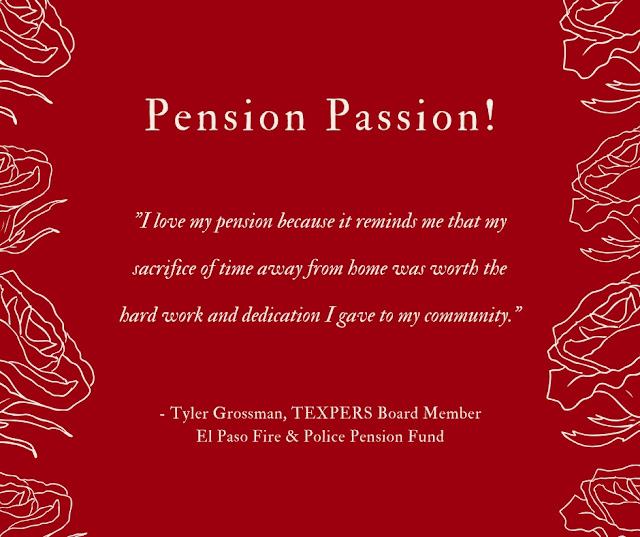 Here are a few job-specific fact sheets provided by NIRS: 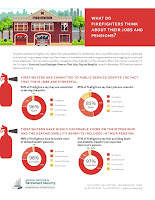 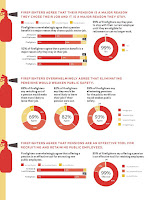 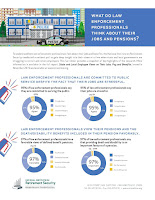 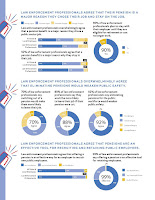 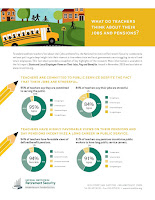 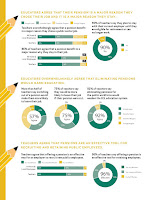 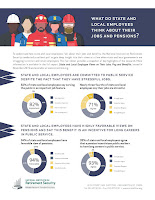 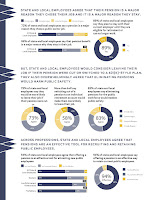