If defined-benefit public-sector pensions in Texas continue to be dismantled, the state's economy will suffer a $160 billion setback by the year 2025, according to a new report by the National Conference on Public Employee Retirement Systems. 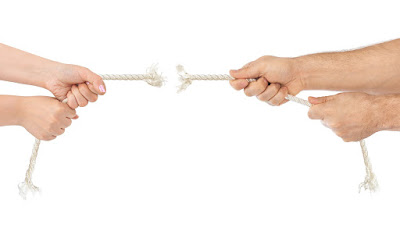 “Public pensions are under constant attack,” says Michael Kahn, the report's author and director of research at NCPERS. “Dismantling includes reduction of benefits, moves to replace the plans with do-it-yourself 401(k)-like defined contribution plans and switching to hybrid plans.”


Kahn's study, “Economic Loss: The Hidden Cost of PrevailingPension Reforms,” examines the economic impact the undoing of defined-benefit public pension, or DB, plans would have in the United States within eight years. The U.S. would face a $3 trillion economic loss, according to the study. The report's projections are based on pension reform trends Kahn tracked during the last 10 to 15 years.
Texas would be especially hit by so-called public pension “reforms.” It would take the fourth largest economic hit among all 50 states. California would see a more than $1 trillion financial hit, followed by New York with a $290 billion loss, and Florida with a nearly $180 billion setback to its economy.

“Opponents, having little or no understanding of how public pensions are funded, promote misleading information about rate-of-return assumptions and huge unfunded liabilities to convince policymakers to dismantle public pensions,” Kahn wrote in his research paper's executive summary. “Some states are taking actions that are chipping away at public pensions without realizing the economic damage their actions will inflict on their states and our country's economic future.”

During Texas' recent legislative session, law makers attempted to interpret under-funding issues among public pensions in the cities of Houston and Dallas as statewide problems. Bills were filed to try and do away with a state and local checks-and-balance system to ensure actuarial soundness of plans, to require local municipalities to seek voter approval for pension obligation bonds, and to switch certain defined-benefit plans to defined-contribution schemes that would place the burden of investing on public workers.
Among the bills proposed during the recent legislative session, Senate Bill 1752 sought to move the Employees Retirement System of Texas and the Teacher Retirement System of Texas to defined-contribution or hybrid plans. Sen. Paul Bettencourt, R-Houston, a proponent of defined contribution plans, wrote the bill. Despite his efforts to dismantle the public pensions of the two retirement groups, his bill failed to receive a hearing by the Senate's State Affairs committee.
Even though most attempts to change defined-benefit plans in Texas failed to gain traction this year, DC proponents are already prepping for renewed attacks during the state's next legislative session in 2019. Kahn says policy makers need to understand how public pensions are funded, the economic damage that will occur in 2025 if the dismantling of DB plans continue, and what can be done to address funding issues without further erosion of defined-benefit public pensions.

“A great deal of criticism of public pensions is based on a faulty understanding of how long-term liabilities are funded,” Kahn says.

In his report, he writes: opponents of DB plans “tend to whip up fear by arguing that cities and states can't cover their long-term pension liabilities with current revenues. That's like saying your 30-year mortgage is in trouble if you can't pay it off from the year's salary.”
According to his research report, opponents of DB plans are applying rules to public-sector pensions, such as rate-of-return assumptions, that are designed for private-sector pensions. And, findings indicate that public pensions are not in as bad a shape as opponents claim.
According to Kahn's research, 76 percent of the money flowing into public pensions is coming from investment earnings. The figure in 1940, the heyday of public pensions, was 22 percent. And data shows that average funding levels are steadily moving up since 2014.
If defined-benefit plans continue to be undone, an estimated $19 trillion in total personal income in the U.S. would be reduced by $3.3 trillion in eight years, according to NCPERS' new economic impact study. The study also projects the 4 percent rate of national economic growth would decline to 3.29 percent.
Adverse changes to DB plans also would result in an increase in income inequality by an average of 15 percent over 10 years, says Kahn. That, he adds, undermines the rate of economic growth by about 18 percent.

“Spending by retirees stimulates local economies, and pension assets are a major source of capital for businesses, locally and nationally,” Kahn says.

Pensions generate tax revenue at the local, state and national levels and are derived from two sources: Taxes paid by beneficiaries directly on their pension benefits and taxes resulting from expenditures made from pension benefits after income taxes are deducted. That would include sales taxes from a retail purchase.
In 2014, $519.7 billion in pension benefits were paid to 24 million Americans, according to the National Institute on Retirement Security, a nonprofit research, and education organization. The total economic output attributed to pension benefit expenditures in the U.S. that year was $1.2 trillion. In Texas, according to NIRS, public pensioners spent $22 billion and paid $3.5 billion in federal, state and local taxes.
Kahn and other economic researchers say cuts to pensions are usually greater than the pensions' positive impact. The negative impact of pension cuts is realized in the economy dollar for dollar and is multiplied several times over as it ripples throughout the entire economy, Kahn explains. Because recipients may spend only a portion of their checks in local economies, the full picture of the positive influence of pensions on the economy may not be fully understood.
In addition to spending by public pensioners, Kahn says pension systems invest in the world's economy. The U.S. mortgage market, its private equity and high-tech industries as well as many start-up companies rely on pension funds as a source of capital.
Kahn says there are several strategies to fund public pensions without dismantling them, and some states are already exploring and implementing them. According to his report, the best way to adequately fund public pensions is through progressive tax reforms. There are, however, other measures that can be put in place to ebb the dismantling of public pensions.
The report suggests:
Kahn says these aren't perfect solutions, but they are much better alternatives to dismantling DB plans
Author Bio: Allen Jones is the communications and public relations manager for TEXPERS. He has a bachelor's degree in journalism and communications. He is a former community journalist and editor. He previously worked for the Houston Community Newspapers group, international community lifestyle magazine publisher Hibu, and was a freelance writer for the Houston Chronicle.